VK2KRR is located at The Rock, southern NSW, Australia. The station is located 222 masl. Locator is QF34mr.

I have been a licensed amateur radio operator since 1991 when I was in High School.

At my site west of The Rock Hill, I'm mainly involved in Tropospheric radio wave propagation in conjunction with Meteorology Observations, for bands of 6m and higher (mostly 2m). I also observe Ionospheric propagation at 10m, 6m & 160m bands. This is done with the extensive use of the Weak Signal Propagation Reporter program, or WSPR for short.

I'm observing Tropospheric Propagation into and across the Great Australian Bight to Western Australia and beyond. I have put many hundreds of hours into the research and study of Tropospheric conditions both in theory and in practical 24 hour a day monitoring at times. I also run the World Tropospheric Ducting Network (WTDN) which is now only found on Facebook.  Likewise I have extensively researched characteristics of Sporadic E propagation too. 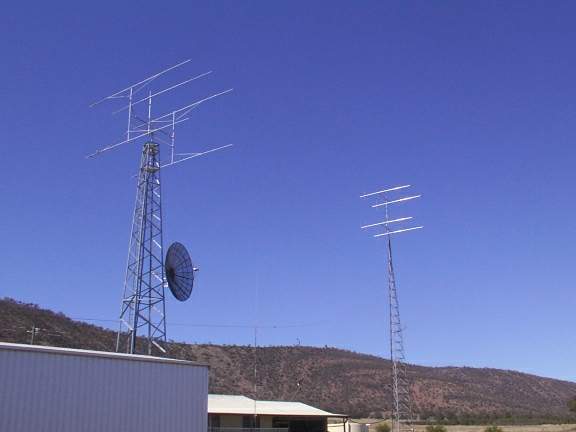 The VK2KRR station holds a number of VHF/UHF records due to its favorable location and being on air at the right times.

I have an interactive page on facebook for my station.

~INFORMATION ON THIS SITE MAY ONLY BE REPRODUCED WITH PERMISSION, LEIGH RAINBIRD VK2KRR~
Copyright ©Leigh Rainbird